Emily Tobin built her career at House and Garden magazine, graduating through the ranks from PA to Assistant Features Editor to Arts & Features Editor. Her art pages skillfully managed to break through the often austere facade of the art and design scene, providing modern and digestible content for the magazine's readership. 'My goal', Emily explains in the Up With A Lark Podcast 'is to demystify it [the art world] a little & try within reason to make it accessible'. It is this philosophy that Emily carried through to her current project, The Calico Club. The Calico Club is House & Garden's newest venture, bringing personal access for its members to the Design world's most coveted figures and companies, whether it be a Burns Night hosted by Christopher Howe in their beautiful Plain English Kitchen, a trip to Stoke on Trent to visit the Emma Bridgewater factory (hosted by the lady herself), or the recent breakfast at The New Craftsmen including a talk on the importance of craft.

Obviously, the dreaded C has put things on hold for now, but it would seem that the nifty Calico Club will soon be going digital with a series of online talks. Once a week, artists, architects, designers, chefs and gardeners will discuss their chosen topic in a live webinar, hosted by Emily - keep an eye on the House & Garden website for more information. As she is locked in her house rather than darting around the interiors world, It also provided an opportune moment to be annoying and ask Emily to kick off this new feature, called Tête-a-Tat. Every so often, I will try and lasso someone into this unenviable position. Like Emily, they will be people who aren't necessarily front and centre but instead behind the scenes making the design world tick along, like Emily, they will be wonderful people who I much admire. I know people so hate talking about themselves, but I have tried to think of questions that might make the whole Q&A thing a little more palatable.

1) Imagine you owned a restaurant. What would be the star dish, and what would the name of the restaurant be? Every time I come back to this question I write ‘spaghetti’. So, I guess the star dish would be an outrageous heap of spaghetti...I’ve been desperately trying to come up with a witty pasta pun but am not having much luck so as yet my restaurant is ‘Untitled’.

2)What is your favourite day of the week? Thursday. Everyone gets a wild glint in their eye on a Thursday.

3) Do you believe in ghosts? Yes. I’m too scared to say no in case they haunt me.

Zadie Smith. She is a meticulous observer of life. She expresses her ideas with such clarity of feeling. I love listening to her more than reading her. There is something economic about her way with words - you can hear her pausing to consider her line of thought before speaking - what comes out is invariably starkly honest, witty and has the capacity to turn a thought I previously held to be true on its head.

5) Best Day? A recent-ish birthday where my friends formed a band and wrote a brilliantly weird song about me which they sang to the tune of ‘Where Do You Go To My Lovely’ by Peter Sarstedt.

Tate Britain. Partly because of the art but mainly because I would like to live in it. I think the domed rotunda, which was recently given a grand new spiral staircase by the architectural firm Caruso St John, is one of the most elegant and glamorous spaces in London and in an ideal world Tate would do the right thing and hand it over to me. 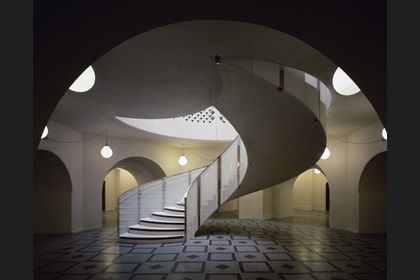 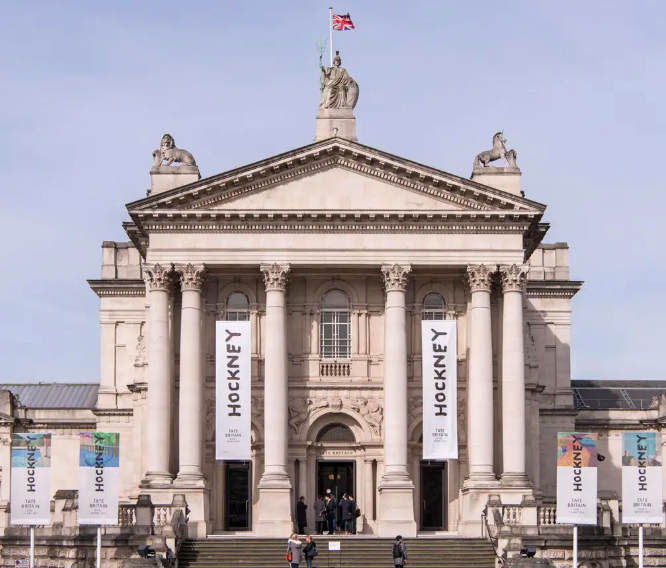 8) Best Moment in your career so far? Not a moment as such, but I have worked with some of the best humans around during my time at House & Garden. And while there have certainly been some golden career moments it is really the people I work with that have kept me in the job for nearly a decade. The magazine is a magnet for the bright, the funny and the slightly eccentric.

This too shall pass. Given to me by your mother, the wonderful, elegant and endlessly kind Liz Elliot. I am very lucky to have her in my life.

10) Favourite Colour? When I was growing up we moved a lot. Every house we moved to my mum painted the sitting room the same shade of yellow - a sort of golden, ochre. That is my favourite colour.

9) Someone who has helped you?

Every single one of my friends. Also, podcaster Adam Buxton, who makes me laugh out loud without fail.

The Bakerloo line. The most understated and gentlemanly of all the lines. It ambles across London, slowly transporting me from home to work. Admittedly the colour palette is a little too gravy for my liking and the seats are toe-curlingly grubby, but there is something innately charming about the Bakerloo line and I won’t hear a word said against it.

12) Favourite Book? There are too many to name but here are a few: The Secret History by Donna Tart, I Capture The Castle by Dodie Smith, A Room with a View by EM Forster and Heartburn by Nora Ephron. Anything by David Sedaris. 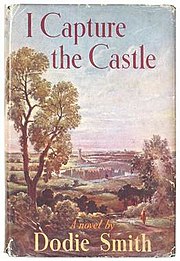 13) Top Destination in the UK? Kettle’s Yard in Cambridge (where there is currently a live feed, 1 frame every 8 seconds between 5.30 am and 8.30 pm) Charleston in Sussex (which receives no public funding and as such has been hit incredibly hard by its current forced closure. You can help by donating to their emergency appeal to raise funds), the Jurassic Coast in Dorset and Porthmeor in Cornwall.

15) Dream Car? I’m not sure I want to publicly announce to your gazillion followers that I can’t drive…. 16) A song that can always make your foot tap? Little Red Corvette by Prince (which is ironic given my answer to the previous question).

Bonus Coronavirus Question - What is keeping you sane at the minute? Reading. A hell of a lot. Because, as Alan Bennett wrote, ‘The best moments in reading are when you come across something - a thought, a feeling, a way of looking at things - which you had thought special and particular to you. Now here it is, set down by someone else, a person you have never met, someone even who is long dead. And it is as if a hand has come out and taken yours’.